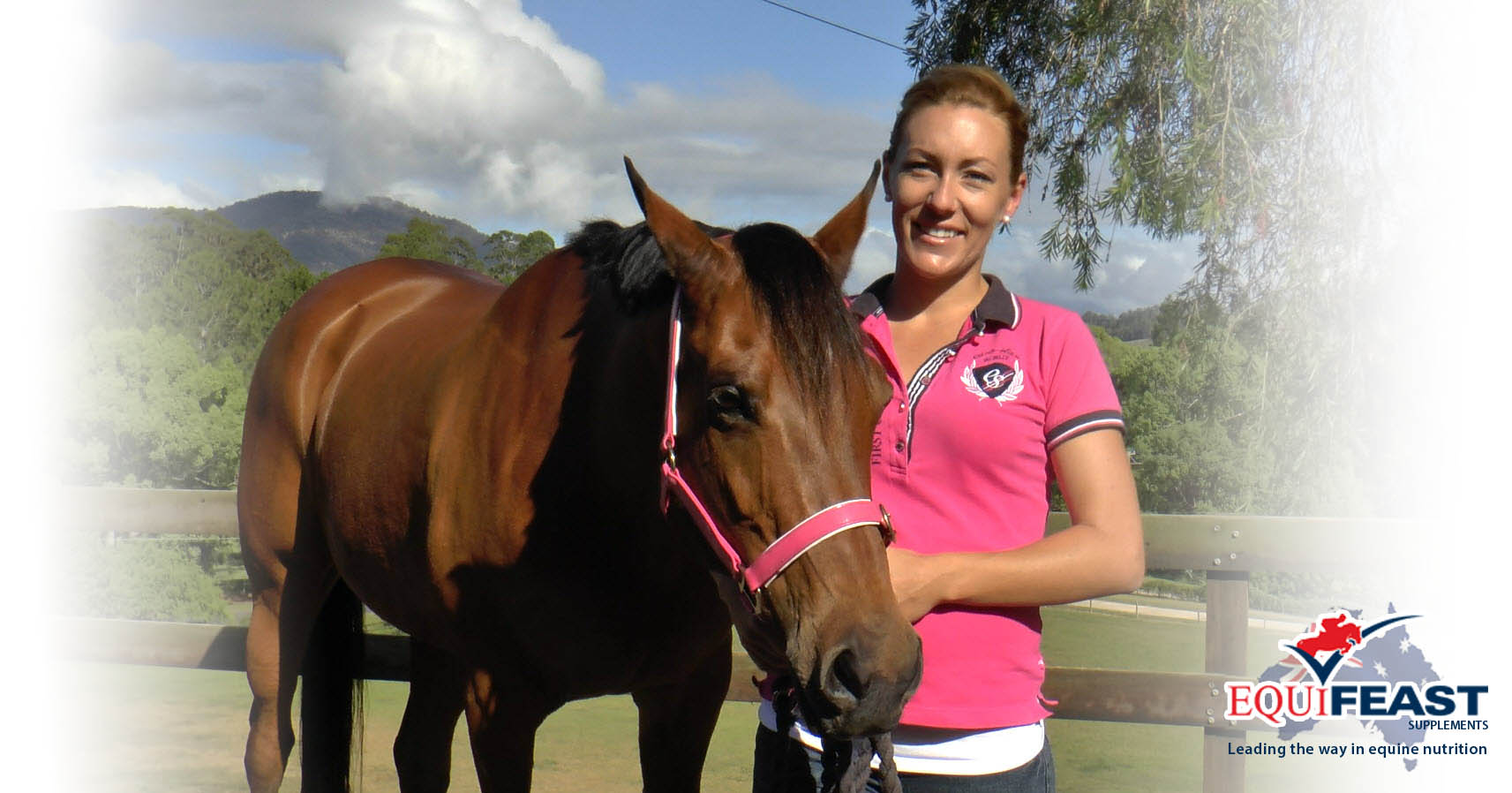 The most common explanation for horses tying up is that they build up lactic acid and free radicals in their muscle and the muscle fibres then go into spasm. Whilst this undoubtedly occurs in some very hard working horses to build up that level of lactate requires a racehorse to gallop for about three minutes and an eventer to run far longer.

And have you noticed that many horses tie up quite early into exercise when lactate and free radical build up is negligible. So there has to be an alternative explanation for many cases of Tying Up. The one that vets report and that makes most sense to me is a failure to clear calcium ions out of the muscle cells. A bit of biology is needed here to help understand this.

It is not surprising that the cell membrane is awash with calcium channels designed specifically for this purpose. So to contract a muscle fibre calcium is pumped in and the switches turn the cell on. This is called “calcium signalling” and what is very elegant about this process is that some of the switches are on the pumps that shove the calcium ions back out of the cell. This causes the cell to relax and return to its resting state. Or put another way the muscle can now lengthen properly.

But calcium signalling can go wrong and a common problem is a failure to pump the calcium ions out which leads to a failure of the relaxation phase for the muscle. In acute cases this is tying up. In less severe (but often chronic) cases it leads to short stepping gaits and muscle tension. This failure is referred to in veterinary texts as a cause of tying up but also occurs in humans where it can lead to severe heart problems.

Where tying up is acute, incredibly painful and takes causes a lot of cell damage the horses that are just short stepping are also uncomfortable but may still be working. We consider this form of the problem as low grade or sub clinical tying up.

Our primary theory is that a lack of chelated calcium inside the muscle somehow prevents the clearance of calcium ions and hence the muscles fail to relax fully. Our experience is that supplementing with chelated calcium overcomes this problem. Except for two cases on exceptionally high loading doses we have never had a report of a horse tying up on chelated calcium. This is true both in the UK and in Australia despite Tying Up being common in both countries.

Billions of dollars have been spent studying calcium signalling but all the techniques used by the researchers rely on the electrical charge of the calcium ion. Chelated calcium has no charge so it is invisible to the researchers. As a result the existing science doesn’t have any ability to confirm or deny our theory – which is frustrating.

An Australian complication comes from high oxalate pastures. Calcium oxalate is a chelate but it is much smaller than the chelates used in supplements and it seems to block these processes. All the horses we have ever seen with oxalate poisoning have been short stepping and shifting lameness is a recognised symptom of this condition. In addition all the oxalate poisoned horses we have seen have very difficult behaviour issues too. I will come back to that in a minute.

The other major observation about tying up is that it is far more common in “excitable fillies and mares”. So here there are issues relating to both behaviour and sex hormones. What is interesting is that both the nerve cells in the brain and the cells that produce hormones use “calcium signalling” – just the same as muscles.

In Australia chelated calcium is available in three products:

It has been written that magnesium can help these horses. Magnesium is NOT a normal part of the calcium signalling process but excess magnesium does interfere. Because of that effect magnesium is used as an anaesthetic in both humans and horses and (when injected) is on the FEI prohibited substances list. It blocks some of the channels through which calcium ions enter the cells and blocks the calcium receptors inside the cell. But I repeat, when you read the text books this is NOT a normal part of calcium signalling.

Blocking calcium will relax muscles (or prevent them from contracting properly) but it will also block normal nerve function and this leads to a bizarre combination of sedation and excitability or Jekyll & Hyde personalities. Both the old and the new science tells us just how easy it is to achieve these effects with oral magnesium. There is more about this on our web site here.

To find out more about this in Australia contact our main distributor, Trevor Wozencroft on:
Telephone: 0414515400
Email: trevorandlaura@bigpond.com

Written by Malcolm Green, Research and Technical Director of EquiFeast