Campdrafting is an explosive sport requiring enormous athletic prowess on the part of the horse.

Anything that compromises the animal impinges on its performance and consequently its ability to achieve high scores.
Worse still it increases the chances of injury. 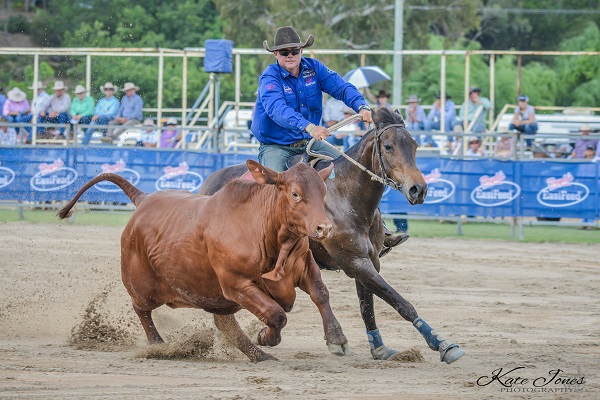 Campdrafting rules allow the use of a range of drugs that are banned from competition in most other forms of horse sport and because they are available it is easy to forget that many of the horses’ problems actually originate with nutrition. Getting the diet right is normally cheaper and more effective than treating a sub-optimal animal with needles and pills.

And for many Campdraft horses the biggest nutritional issue is the high level of oxalates in their pastures. It is EquiFeast’s contention that oxalates impair cell functions all over the body and in this article we are going to discuss some of these as they affect working and/or competition horses. We do not subscribe to the simple “calcium deficiency theory”. To learn more about our research on that watch this video – excuse Eloise’s prim English accent – she is a very good equine scientist!


But let’s get back to the problems oxalates cause.

One of the biggest issues is that oxalate affected horses cannot relax their muscles properly. This is crucial for an athlete. The muscles used to move the animal work in pairs. So one muscle will lift the front leg up and forwards while its opposing one moves the same leg down and then backwards. For maximum stride length not only must the contracting muscle tighten up as much as possible but the relaxing muscle must stretch to its maximum potential as well. Any reduction in the ability to relax leads to a reduction in stride length.

It is easy to see how this impairs a Campdraft horse when outside. There are times when maximum stride length is required to catch up with or pull alongside the beast. But it is also critical in the camp when the horse must tuck its legs under its hindquarters in order to be able to move from side to side efficiently. Imagine yourself doing the simple exercise of touching your toes. You feel the tension in the hamstrings. This is what your horse is doing when attempting these “collected” movements.

And outside your horse has to shift from collection to extension and back again in a flash if it is to get behind the beast and change sides efficiently.

Of course the right exercise and fitness programmes will help with this muscle relaxation but if the biochemistry is wrong they simply cannot perform properly.

Poorly relaxing muscles seem to lead to horses that are in some discomfort. They tend to throw their heads in the air and their backs hollow. Riders end up pulling hard on the reins both to slow down and to steer. Slowing down involves a complete reduction in the horse’s rhythm which is a big contrast with horses with good muscle function.

The better the muscles work the more the horse keeps its head lower. Its back under the saddle remains round and high, and its powerful back legs are fully engaged. Slowing down and speeding up involves a change in stride length NOT a change in rhythm and this is both more efficient and far less exhausting for both horse and rider. Horses like this don’t get left behind the beast when changing sides. Instead they move smoothly from side to side with minimal effort.

The biochemical process in the muscle cells involved in both the contraction and the relaxation of muscles is called Calcium Signalling.

A complete failure in muscle calcium signalling leads to horses tying up and being virtually impossible to move. But the much more common failure to relax muscle cells properly is effectively a form of low grade tying up. Oxalate poisoning seems to stops calcium signalling from working properly which is why short stepping is one of the earliest symptoms of a pasture problem. But this problem is not simply a lack of calcium in the cells – in fact it is the complete opposite as it is a failure to remove calcium from the muscle cells that prevents them relaxing properly. So adding more calcium to the diet is not the solution.

Fortunately there is a nutrient we can add that seems to compete with the oxalates and get calcium signalling working as nature intended. More about that later or click here.

It has to be said here that some quarter horses have a genetic disposition to tying up. Our nutrition seems to help but it is not always a 100% fix for those animals. There is a genetic test available to identify the most at risk animals.

One of the most common symptoms of oxalate poisoning is intermittent and shifting lameness. If muscles are not relaxing properly it makes sense that the forces on the tendons and ligaments will be increased and that must increase the risk of injury substantially. Worse than that, whilst calcium signalling is working in muscle cells every few fractions of a second it is also involved in the release of the primary structural protein in tendons and ligaments – collagen. Anecdotally when we improve calcium signalling in oxalate affected horses their incidence of tendon and ligament damage drops substantially. 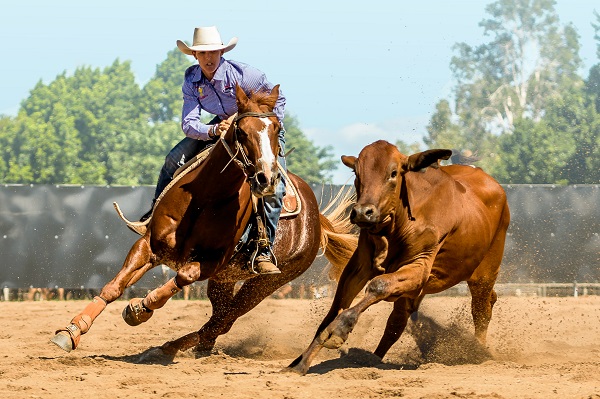 Serious cases of oxalate poisoning can cause the problem known as Big Head. This has traditionally be thought of as enlarged but soft, calcium deficient bones. These show as a broad nose and often lumps and bumps on the forehead and sometimes an enlargement of the cheek bones. Interestingly some of these lesions are actually hard and calcified suggesting a regulatory rather than a deficiency issue.

What shows in the head may also be going on elsewhere. The next most visible site is probably the legs but we get reports of horses with very poor mineralisation in the pelvis and legs and in other areas.

Our research is clear that by taking away traditional calcium supplements and adding the key nutrient we put into BREAK FREE enables bones to remineralise and restructure. Exactly what is going ion won't be clear without multi-million dollar research - which is pretty unlikely since our academics and Agriculture departments haven't even spent a few thousand dollars on this huge problem. But the common denominator seems to be calcium signalling as that process is used by all three of the main cell types in bone.

The nutritional technology we use in oxalate affected horses was first marketed for horses with difficult behaviours in the UK. Many were grazing high calcium pastures on chalk or limestone. Whether it was a grumpy mare or a spooky gelding getting calcium signalling working properly in the brain improves the horse’s ability to react positively (instead of fearfully), concentrate and focus on the beast and not be distracted by other things going on around the arena. Speed of response is crucial in campdrafting and that means that it is better to deal with difficult horses by getting their brains to work better than it is to use drug or nutritional sedatives like ACE or magnesium.

Pictures are of Steve and Louise Comiskey, experienced and successful campdrafters who are also retailers of EquiFeast products. For a full list of retailers in Australia click here.