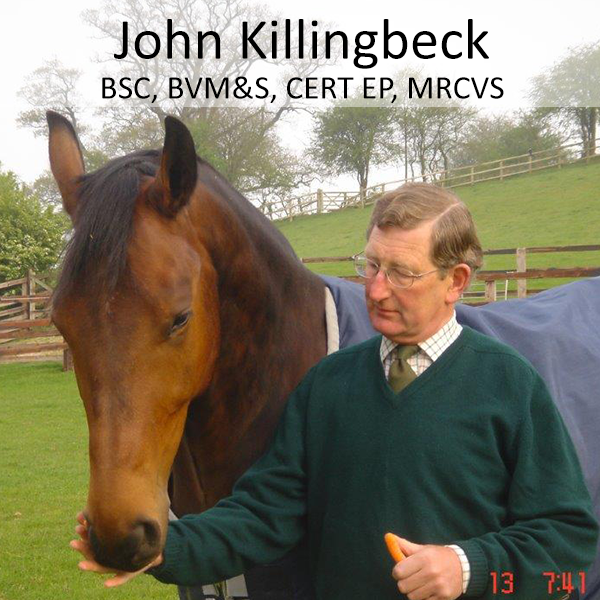 For 20 years John Killingbeck was the official team vet for the British Eventing team at International events from Europeans to WEG to the Olympics. He also founded one of the most successful equine practices in England. Here is his endorsement of our work:

To whom it may concern.

I have known Malcolm Green for many years as a client and as the founder of EquiFeast.

During that time I have been aware of his interest and research into the nutrition of cage birds and equines. In recent years I have taken a greater interest in his research into equine nutrition and particularly in the effect of calming supplements. It is my experience that the majority of calmers on the market have little more effect than a placebo.

However, I have used and recommended his products and followed his advice regarding balancing dietary minerals and the success rate has been considerably higher than with other products which claim to have a calming effect on equines.

I never hesitate to advise clients with difficult horses to seek advice from Malcolm Green because I am entirely confident his recommendations will be directed to the best interest of the client and their horse without commercial bias.