Is the dietary calcium to magnesium ratio important? 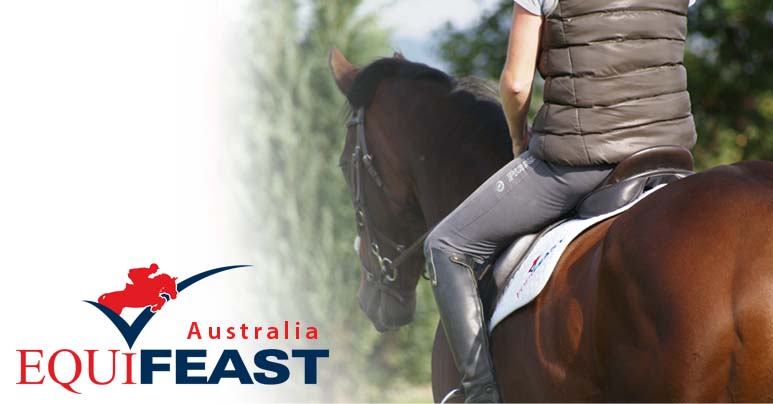 Except for lactating mares the requirement for calcium is regarded as being three times that for magnesium (range between 2.7x and 3.2x). In other words the calcium to magnesium ratio for most horses is about 3:1.

According to the NRC the majority of forages have Ca:Mg ratios in the region of 3:1 to 4:1. Horses evolved eating grassy forages so we can assume they can cope with this well.

However there is a group of people who argue that calcium competes for absorption with magnesium in the gut and so there needs to be more magnesium added to diets to bring that ratio down to between 1.5:1 and 2.0:1. In other words they believe the NRC is wrong.

The effect of this view is that many people are being recommended to add magnesium to their horses’ diets to alter this balance. At EquiFeast we are convinced that this leads to many horses getting too much magnesium and having their brains (and other organs) impaired. This can lead to some very difficult behaviour problems.

So which ratio is right?

The 1.5:1 argument is based on the view that calcium and magnesium compete for gut absorption sites. If that was the case then the more calcium there was in the diet the less magnesium would be absorbed. Or to put that another way the absorption of magnesium would change at different Ca:Mg ratios. What is the evidence for this?

This research was actually carried out over 40 years ago and doesn’t appear to have been repeated since. In both 1972 and 1973 Hintz and Schryver reported that the absorption of magnesium was not affected by the Ca:Mg ratio.

These charts (from Ref 2) show that increasing the magnesium in the diet (changing the Ca:Mg ratio) has no effect on the proportions of magnesium absorbed, excreted in the urine or retained in the body. Later in the paper it is demonstrated that at roughly double the RDA for magnesium these ponies had more than the “normal” amount of magnesium in their blood. 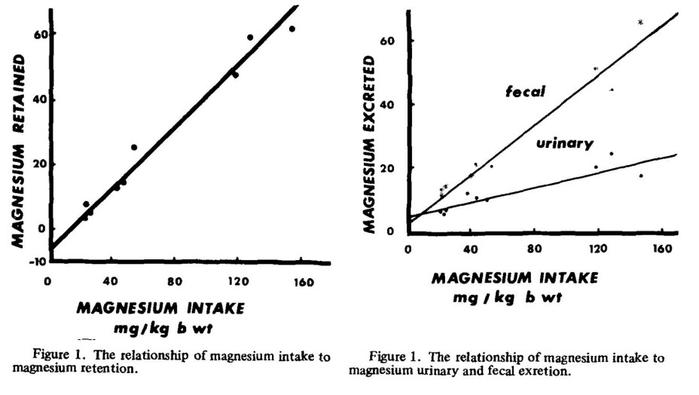 In simple terms what this says is that the notion that higher levels of calcium in the diet need higher levels of magnesium to compensate for competitive absorption is fundamentally wrong. Adding more magnesium for what turns out to be an erroneous reason risks impairing the function of the brain and many other organs.

Please don’t add magnesium to your horse’s diet to “balance” a ratio that is scientifically proven to be irrelevant.