CARRIE-ANNE AND DAN - "SEEING THE CHANGE IN HIM COMING OFF AND GOING BACK ON THE SUPPLEMENT WAS MIND BOGGLING..." 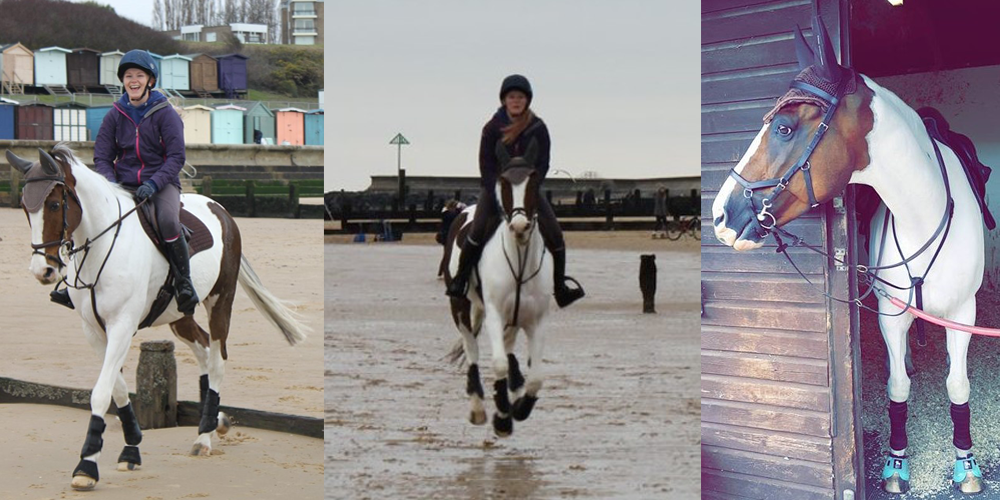 Ihave realised this week that it has now been 3 years since I started my horse Dan on the Cool, Calm and Collected and what a change it has made! I knew about the products and company from when Zoe, my sister first discovered the brand. Not having a horse at that time or being particularly involved meant I hadn't seen or understood the full effects of the products.

When I first got Dan in October 2015, he was unfit and had a bit of a grass belly slowing him down. He seemed happy to be getting fit and doing more again, but with this he seemed to get more anxious and showing sharp tendencies. We started going out to shows and they often involved me getting dumped in the warm up arena, due to misbehaviour from Dan - horses coming towards him, a horse grinding its teeth near him, all sorts set him off. However, he more often than not held it together in the ring for us to pick up a rosette or often a win.

After struggling through the Christmas period and realising it wasn't going away I called EquiFeast and started him on the mag-free Cool, Calm & Collected (CCC). During the summer I added a balancer (Essential Daily Care), to help with his increased work load and making sure he was getting all the nutrients he needed. What I find great about the supplement and balancer was that he still has his spark and energy, but has become more rational and takes a breath when he gets worried, instead of just reacting. There have been periods of time where I didn't hack him out, because it was more stress than fun for the two of us where as now we love hacking at the weekends.

Obviously over the time I have owned Dan we have got to know each other better and have built more trust, but I strongly believe EquiFeast has been a key player in this. Towards the end of 2018, Dan got turned out in the field for his annual winter break. Having previously kept him on the calmer for his winter break, I thought I would cut it out this year to see what happened and what he would be like. We stopped feeding him the CCC after his last competition, a week or so before he was going to he turned out. A couple of days he seemed a bit more electric when I rode him, but dismissed it to the cold weather, wind or where he hadn't done much and was fit. It seemed like he very much enjoyed his field holiday, with lots of running around, squealing and mischief. I thought he would get that out of his system after the first week and settle down, the whole time he was out he was happy, but not as calm as the previous year. I was so shocked that it had such an effect on him even being just out in the field and not a competition environment.

I realised that trying to bring him back into work without CCC sounded like a ridiculous idea! I ordered a starter pack of CCC supplement to start loading him before he came back in. Now back in full work and on the Essential Daily Care balancer it's like nothing’s changed, Dan is at peace again. I’m a firm believer in the products and regularly recommend them to friends who have seen first-hand how he has changed for the better, but seeing the change in him coming off and going back on the supplement was mind boggling.

Read on if anyone is as frustrated as I was at having an insanely spooky horse whose erratic bizarre behavior confounded equine logic. 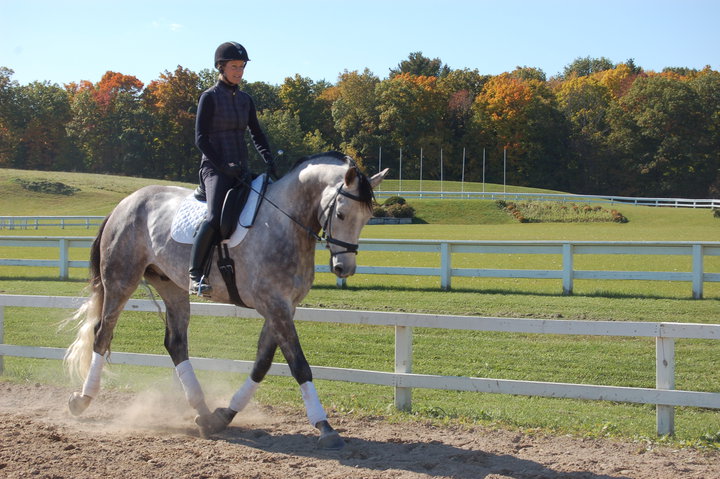 “It looks like he is being electrocuted”
“Every single nerve in his body was on overdrive”
“He completely loses his mind - very dangerous - I have NEVER seen anything like it”
“He’s a spookaholic”
“He would explode out of nowhere”
“Many non-submissive horses choose or simply react in panic, but very few will actually put themselves in harm’s way. Roch appeared to lack self preservation instinct and frequently reacted in violent ways posing risk to not only his rider but also to himself.”
“Roch varied between brilliant and explosive. One day he could be a perfect angel and the next, if you could get on him, he would explode for seemingly no reason.”

Roch seemed to cycle through panic attacks. These were more than ‘spooking’ as he would work himself into a full blown anxiety attack – losing all reason which were either triggered by something visual, auditory or sometimes seemingly out of no where. The spook (the surge of adrenaline) seemed to cause a long lasting panic attack where every nerve in his body seemed to be on overdrive - sometimes these attacks lasted days sometimes weeks.

For over four years prior to Cool, Calm & Collected, I tried to see if they were somehow physical - pain driven.

In our quest to find the driver, he had the usual suspect joints x-rayed (stifle, hocks, etc - all negative) a visit to a top neurologist for specific neurological testing (all negative) neck and head xrayed, two visits to the equine hospital to have his eyes checked – nothing of significance. A nuclear scintigraphy (bone scan) for possible kissing spine. Nothing.

Diet for a year for EPSM (equine polysaccharide storage myopathy) No change. Massage, chiropractor, acupuncture, bowen therapy, and osteopathy. No change to the cyclical spooking. Blood work for any possible clues i.e. elevated enzymes, etc. All normal. Tested for Lymes, tested for thyroid. Negative. A full nutritional analysis – we tried for every possible angle.

When he was sent for a nuclear scan - (for suspected kissing spin) there was nothing conclusive except, actually written in his report was, “horse was easily spooked”.

But his panic frequency cycles and his distress during his panic were escalating and staying longer. He wasn’t growing out of them. I was even called from my office once as he was spooking in his stall at something he saw in the distance and he was crawling the walls.

He never truly relaxed into his work, even during the good times. With his panic attacks – he would tighten up so badly – it would seem as he was tying up – so you could not work him out through this. He just became even more tight and unreasonable and a danger to himself. His phobic avoidance of places he had identified as terrifying impaired his ability to do the most basic work.

I tried a number of ‘calmers ‘ but none gave him relief. And he did have good weeks where he didn’t spook. I thought he had to be the only bipolar horse in history when I wrote Equifeast. He had just returned from three months in Florida USA to escape the Canadian winter –where we thought the warmth might help him, but he was erratic and was very spooky there.

I had seemingly exhausted all physical reasons for this inconsistent spooking and crazy behavior… and was nearly defeated. Although I had never come off him - (a lifetime of riding naughty ponies and difficult horses, I can stick , and he never tried to get you off). He truly did panic. I watched a super rider experience one of his spooking explosions that had come out of nowhere, and the spooking was so dramatic (I had time to think this all through before she hit the ground she was in the air so long …) I couldn’t give up. I had to find something.
.
I found Cool Calm & and Collected online later that month. And it has been 145 weeks of a sane sensible horse. People that knew Roch before, and see him now ,call Cool Calm & Collected ‘the magic powder’.

Alex Strange explains how EquiFeast's unique Cool, Calm & Collected supplement improved a huge range of behavioural problems in her show horse and made her a far more happier companion.

Constant tendon injuries now a thing of the past

Kylie Kawecki tells how her mare Dia's recurring tendon injuries and very difficult behaviour were both resolved in a very short time by supplementing with EquiFeast's Cool, Calm & Collected supplement.

Shamrock - Before and after pony showjumper 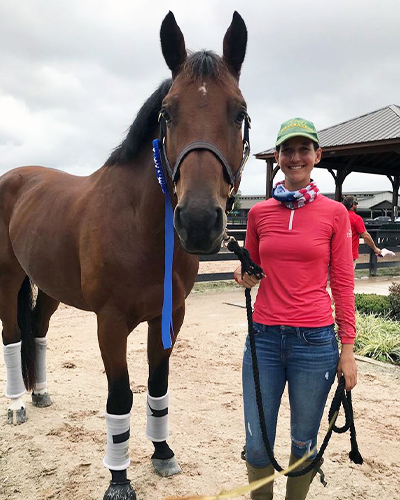