I hope you don't mind me posting here as I obviously have a commercial interest. But I also think that at EquiFeast we have a unique insight. What I have to say will challenge almost everything you think you know about Big Head but more importantly oxalate poisoning in general. I will try to make a number of clear points but try as I might I know this will be a long post:


1. Big Head is only the tip of the iceberg.

I would estimate that only 5-10% of oxalate affected horses ever show the skeletal demineralisation and enlargement in the face that gives the disease its colloquial name. But nearly 100% of horses are affected in terms of their function and welfare. 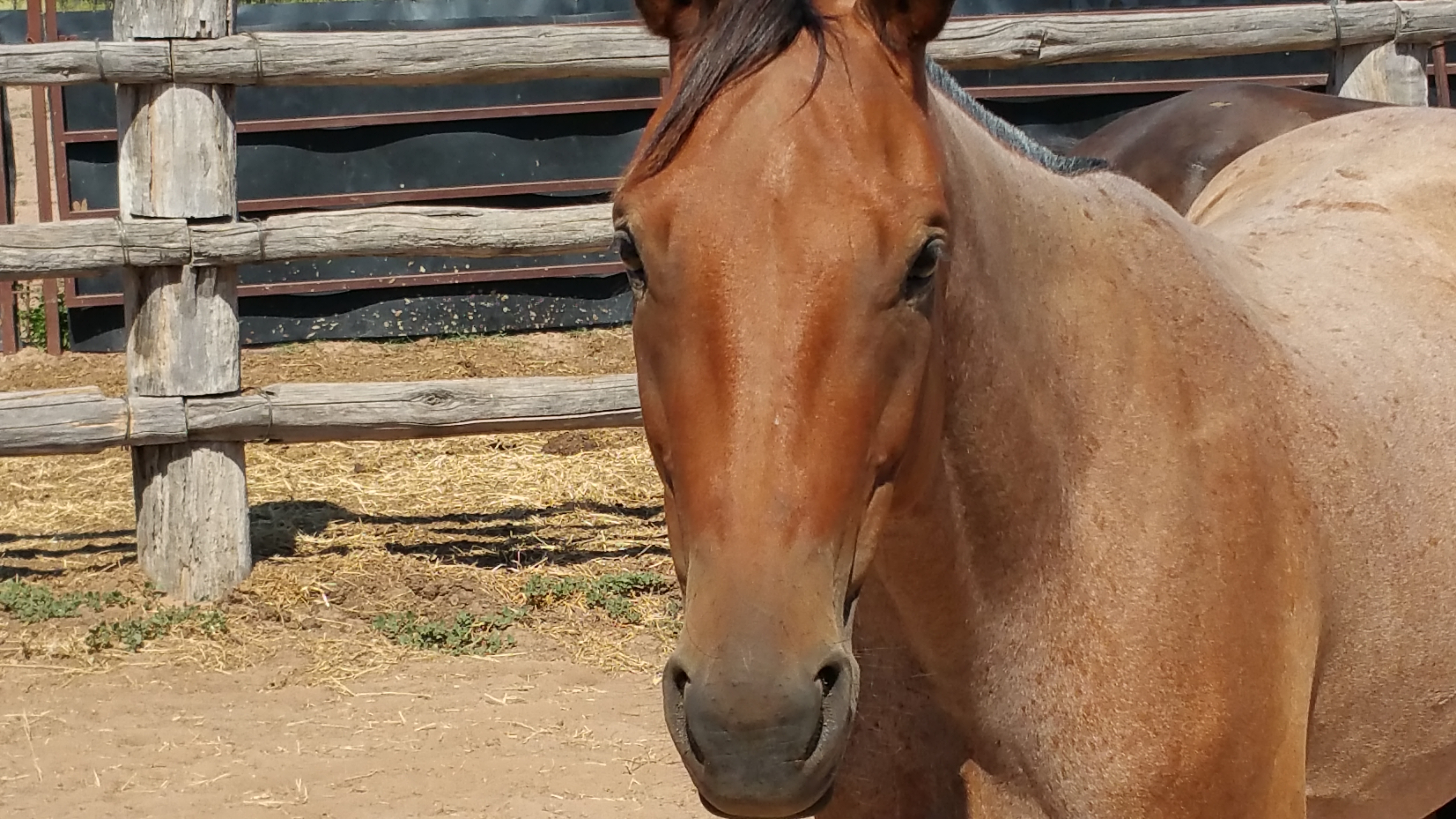 On a property I recently visited in Central Queensland three of the 30 horses were showing some signs of the broad nose typical of Big Head. The bay above and the grey in the thumbnail were the worst. But nearly all the horses have some level of issues due to the buffel grass pastures they are forced to feed. And that despite being fed DCP and limestone. These problems also occur with setaria, kikuyu, green panic and soursobs.

2. Many of you in this thread believe you have the answer with DCP and limestone.

But believe me once you look at the soft tissue and behavioural issues you almost certainly do not. I recently traveled extensively through Central Queensland and the consistent view of experienced cattlemen (using stock horses for mustering), campdarfters, pony clubbers, farriers, equine dentists and veterinary surgeons was that DCP and limestone really does not overcome so many of the problems. The vets in particular know they have huge numbers of horses whose lameness issues they simply cannot pin down with all sorts of expensive diagnostics.


3. The veterinary name is equally misleading

Nutritional Secondary Hyper Para Thyroidism means the horse has elevated ParaThyroid Hormone (PTH). This is a hormone that removes calcium and other minerals from the bones in order to maintain blood calcium levels where they are needed.

Unfortunately PTH is only one of three or more such hormones and when we ran our trials back in 2012 different horses “chose” different hormone strategies. Only 40% used PTH. The active form of Vitamin D was a more common hormone to find elevated and calcitonin was also used.

We had to use human hospitals to get these tests done. None of the hormone tests are readily available to Australian vets without sending samples overseas.


4. Everybody assumes that Big Head is a calcium deficiency disease.

The theory goes that calcium oxalate cannot be absorbed so the horse is starved of calcium. The solution is to pump the animals full of calcium (DCP and limestone usually). The bad news is that whilst manufacturers make all sorts of claims there is not one single shred of scientific evidence that ANY of the products on the market (including ours) actually works.

It is one of life’s tragedies that despite this being a HUGE animal welfare issue nobody has done any proper scientific trials. Yet scientists galore are happy to repeat the “deficiency mantra”. A scientist’s opinion is NOT science.

Hopefully we are about to persuade one academic institution to run a proper trial but the truth is that funding may not be available and there are no shortcuts. With most products on the market claiming to take 9-12 months to work any lattice crossover designed trial is likely to take 4-5 years to conduct and still will fall short of both placebo control and “blindness”. Please send you cheque or postal order to ………………..


5. Why we don’t think it is a deficiency disease?

• All the horses on our trial recovered from all their symptoms (facial bone deformities (except for one older horse), short stepping gaits, intermittent lameness, difficult behaviour). I’ll tell you what the treatment regime was later.

• Calcium oxalate is absorbed - at least some of it. In our trial horses, once on the treatment regime they excreted calcium oxalate in their urine. It cannot get to the urine without being absorbed.

• They also excreted calcium carbonate in their urine. So they had enough calcium in their diet to both remineralise the bones, get soft tissues (tendons, ligaments and muscles) working properly and still had some left over.

• So you probably imagine we fed a calcium supplement. Well actually we took away the DCP and limestone supplements. Yes we lowered the dietary calcium dramatically! Yet their calcium metabolism normalised. The magnesium and phosphorus was also removed.

• We did give chelated calcium (though much less calcium than we took away). And more importantly the chelated calcium we used holds onto its calcium even more tightly than calcium oxalate. This was reflected in the blood tests. Some horses blood calcium (total and ionised) went up and some went down exactly the way we see happening in non-oxalate affected horses in the UK. 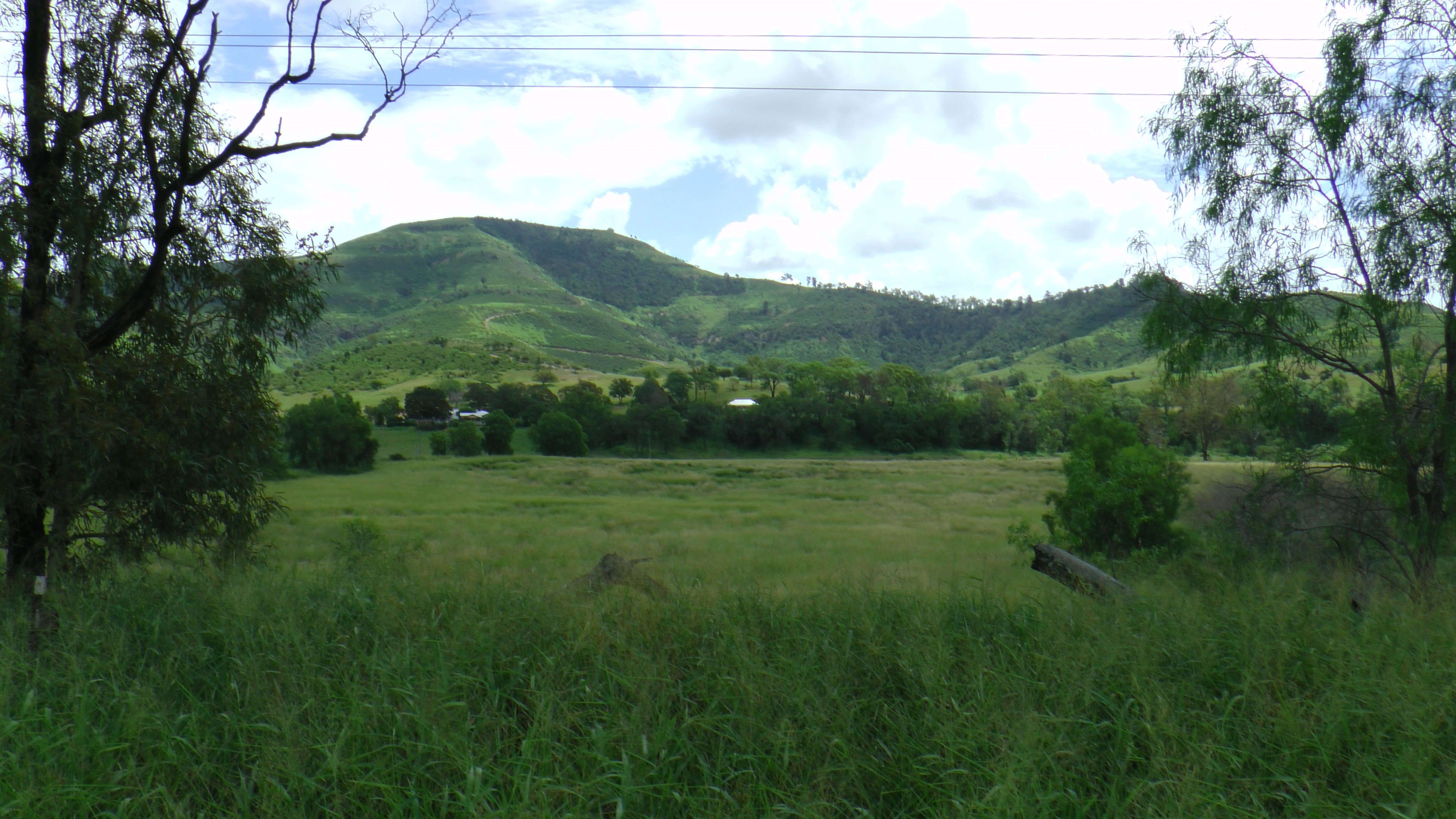 On my most recent visit to Australia we drove through miles of setaria on the NSW north coast, endless hours of Buffel in central Queensland and quite a lot of green panic in the hills SE of Toowoomba (above).

You will read on this thread that chelated calcium is the key.

But you will read the argument that chelated calcium is protected from oxalates (that is true – if the chelate binds calcium stronger than oxalic acid then it won’t be stolen by the oxalate).

You will also read that it is absorbed better than more traditional calcium supplements. Personally I have absolutely no idea if that is true. I don’t trust the sorts of experiments that make claims about “bioavailability”. They are far too easy to rig.

But frankly it doesn’t matter. If the chelate binds the calcium tightly in the gut there is no reason to believe that it won’t bind the calcium in the bloodstream and body fluids. This may seem a revolutionary thought but since calcium chelates have been recognised for decades as a perfectly normal component of healthy blood it should be no surprise.

7. So we are left with a number of dilemmas:

a. Big Head doesn’t seem to be a calcium deficiency disease as horse recover perfectly when traditional calcium supplementation is removed from their diet and not replaced with anything that supplies calcium. Except they need .....

b. ...  the provision of chelated calcium (a large, intact, stable, uncharged molecule that does not give up its calcium ion). This seems to correct the problem quite quickly (2 months is quite typical).

c. But we can only speculate on what is going on and, quite simply we don’t have the time or space to do that here except to say that we believe it has a lot to do with a process called "calcium signalling" which is used in almost every cell in the body. So we believe that chelated calcium has a role in calcium signalling - probably in the removal of calcium ions from the cell cytoplasm.

8. Not all chelated calcium supplements are created equal

Other products on the market claim to contain chelated calcium has less than 5% of its calcium from a chelate. The rest is limestone and one other inorganic source. In EquiFeast’s BREAK FREE 100% of the calcium is chelated and exactly as the product used in the 2012 trials.

9. Is this an expensive option?

If you are comfortable that your current DCP and limestone technology is working please stick with it. Chelated calcium is a bit more expensive.

If your horse is depressed, easily distracted, difficult, has shifting lameness issues, isn’t cycling properly (mares) etc etc then its lack of welfare or your inability to get maximum use out of it has a cost. Keeping an unhealthy horse costs far more than keeping a healthy one.

Some of the experienced horsemen I met last month commented that an effective supplement (BREAK FREE) was far cheaper than buying in non oxalate feeds. Effectively BREAK FREE was turning oxalate grasses into safe, effective and cheap feed.

If you want to know more about our trials please take a look at this video. My apologies for Eloise’s English accent but it serves to highlight that we were invited to Australia to see if our technology could solve this primarily Australian problem. Between Eloise and I we have made probably 7 visits in the last 5 years and I will be back again in May – my third trip in 6 months. And these visits are primarily to spread the word and also to develop an approach that makes this technology easier to apply to horses that are handled relatively rarely - watch this space: